A sarcomere is the functional unit of skeletal muscle. This means that it is the most basic unit that makes up our skeletal muscle. Skeletal muscle is the type of muscle that initiates all of our voluntary movement. Herein lies the main purpose of the sarcomere. Sarcomeres can initiate large sweeping movements by contracting in unison. Its unique structure allows these tiny units to coordinate the contractions of our muscles.

In fact, the contractile properties of muscle are a defining characteristic of animals. The movement of the animals is remarkably smooth and complex. Dexterous movement requires a change in muscle length as the muscle flexes. This requires a molecular structure that can shorten along with the shortening muscle. Such requirements are found in the sarcomere. Upon closer inspection, skeletal muscle tissue gives off a striped appearance, called striae. These ”streaks” are emitted by a pattern of alternating light and dark bands corresponding to different protein filaments.

These fringes are formed by the intertwined fibres that make up each sarcomere. Tubular fibres called myofibrils are the building blocks that make up muscle tissue. However, myofibrils themselves are essentially polymers or repeating sarcomere units. Myofibrils are fibrous and long, made of two types of protein filaments that are stacked on top of each other. Myosin is a thick fibre with a globular head, and actin is a thinner filament that interacts with myosin when we flex.

When viewed under a microscope, muscle fibres of different lengths are arranged in a stacked pattern. The myofibril strands, thus actin and myosin, form bundles of filaments arranged parallel to each other. When a muscle in our body contracts, it is understood that the way this happens follows the sliding filament theory. This theory predicts that a muscle contract when the filaments are allowed to slide against each other. This interaction, then, is capable of producing contractile force. However, the reason sarcomere structure is so crucial in this theory is that a muscle needs to physically shorten. Therefore, there is a need for a unit that is capable of compensating for the lengthening or shortening of a flexed muscle.

The sliding filament theory was first postulated by scientists who had used high-resolution microscopy and filament stains to observe myosin and actin filaments in action at various stages of contraction. They were able to visualize the physical lengthening of the sarcomere in its relaxed state and shortening in its contracted state. His observations led to the discovery of sarcomere zones. They first observed that the dynamic changes that were occurring were always occurring in the same places or areas. They noted that a zone of repeating sarcomere, later called the ”A band,” maintained a constant length during contraction. Band A has a higher content of myosin thick filament, as expected from the rigidity of the area.

The A band is the area in the centre of the sarcomere where the thick and thin filaments overlap. This gave the researchers an idea of ​​the central location of the myosin. Within the A band is the H zone, which is the area composed solely of thick myosin. Essentially, the A band can be thought of as including ”all” myosin, including myosin intertwined with actin in its bulbous head. Located at each end of the sarcomere length is the I band. The I bands are the two regions that contain an exclusively thin filament. A quick way to remember this is that the I band has ”thin active” filaments. The thick filaments are located not too far from the site of the I band; but on each side, their margins delineate where the thick filaments end. Similarly, the Z lines or disks that give sarcomeres a striped appearance under a light microscope actually delineate the regions between adjacent sarcomeres. The M line, or middle division, is right in the middle of the Z lines and contains a third less important filament called myomesin.

As mentioned before, contraction occurs when thick filaments slide past thin filaments in rapid succession to shorten the myofibrils. However, a crucial distinction to remember is that the myofilaments themselves do not contract. It is the sliding action that gives them the power to shorten or lengthen.

Filament sliding generates muscular tension, which is undoubtedly the main contribution of the sarcomere. This action lends the muscles their physical strength. A quick analogy for this is the way a long ladder can be extended or folded as needed, without physically shortening its metal parts. Fortunately, recent research gives us a good idea of ​​how this slippage works. The sliding filament theory has been modified to include how myosin can pull on actin to shorten the length of the sarcomere.

In this theory, the globular head of myosin is located close to actin in an area called the S1 region. This region is rich in articulated segments that can bend and thus facilitate contraction. S1 bending may hold the key to understanding how myosin can ”walk” along actin filaments. This is accomplished by the myosin-actin cycle. This is the binding of the myosin S1 fragment, its contraction, and its eventual release. When myosin and actin come together, they form extensions called ”cross bridges.” These cross-bridges can be formed and broken in the presence (or absence) of ATP.

ATP makes the S1 contraction possible. When ATP binds to the actin filament, it moves it into a position that exposes its myosin binding site. This allows the globular head of the myosin to bind to this site to form the cross-bridge. This binding causes the phosphate group of ATP to dissociate and thus myosin initiates its power stroke. The myosin thus enters a lower energy state in which the sarcomere can shorten. Furthermore, ATP must bind to myosin to break the cross-bridge and allow myosin to rebind to actin and initiate the next spasm. 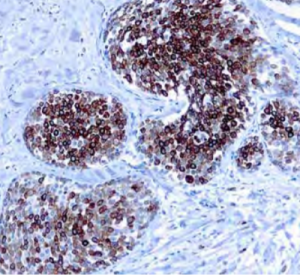